On 22 August, the Central Committee travelled to Hazyview to make arrangements for Central Chapter’s AGM and year-end function. Shortly thereafter, invitations were sent to all members of Central Chapter.

(To view the complete invitation in PDF format, click on the image above.)

Members of Central Chapter departed from all over Gauteng and Mpumalanga early on Friday morning, the 10th of November 2017, to meet up at the McDonalds in Witbank. The early group departed from there at 08:00, enjoyed breakfast at Alzu, lunch at Gum Tree in White River and arrived at Hotel Numbi in Hazyview around 16:30.

Good friends and acquaintances gathered by the pool for a proper catch-up, great conversations and much laughter.

Dinner was a delicious braai in the pool area with hors d’oeuvres to die for. The promise of rain was heavy in the air, but the clouds held back until everyone finished their meals and desserts. When the first drops of rain fell, we moved inside to the bar area and continued the fun there.

Saturday morning broke to grey skies. Everyone enjoyed a lovely breakfast and it was then decided to move the AGM to start earlier, just in case the weather would get better later during the day for our planned ride with the bikes and trikes.

The sky remained overcast and grey, but most of us were itching to get out there. We decided to pack our rain suits and departed to Graskop. As we travelled up from Hazyview to Graskop, green forests disappeared and mountains vanished into the fog. We travelled at very low speeds because visibility was sometimes down to seeing two stripes on the road surface. At times we were unable to discern whether it was fog or rain – it was really hard to see through the drops on the windscreen, the helmet’s visor as well as glasses for those who wear them. Fortunately, the pancakes and hot coffee at Patina’s Pancakes made us all really happy again. 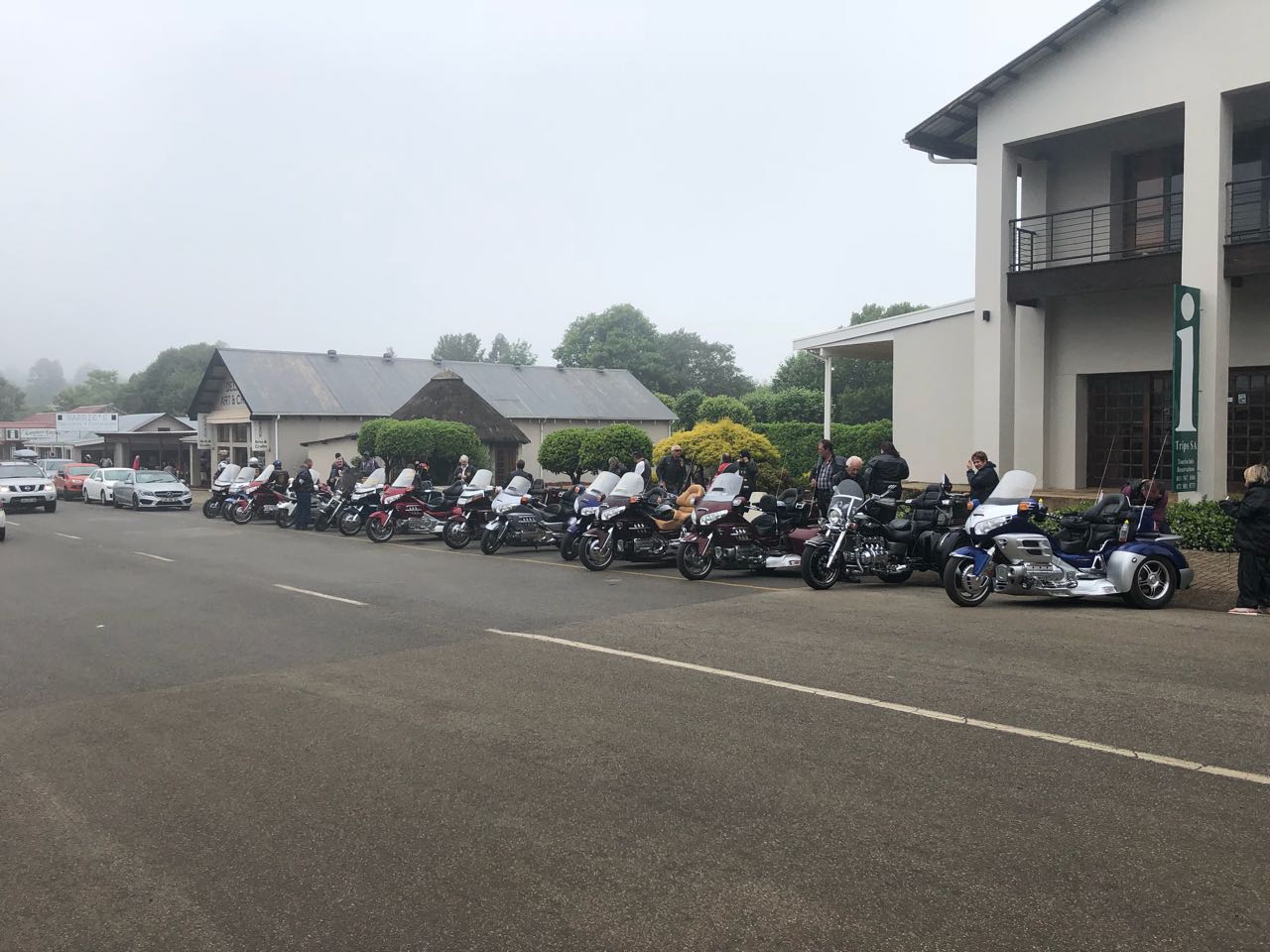 Back at the hotel in Hazyview, we prepared for the gala evening. We were welcomed to a beautifully prepared dining hall and treated with mouthwatering dishes while sipping on complimentary wines. The entertainment was first-class and everyone danced and had more fun.

On Sunday morning, we were met by more cloudy skies and a promise of rain on our journey home. Some of us were indeed soaked with rain five or six times before we arrived home.

Nevertheless, it was a most enjoyable weekend spent with our Wing family. Thank you to everyone who made it unforgettable!

To view all the photos of the weekend, please click HERE.