A “Mystery Run” was organised by Barbara and Stefan Polessnig. No one knew the destination until shortly before arrival.

The destination turned out to be The Nest Hotel, a delightful country hotel situated in the Champagne Valley in the Central Drakensberg area of KwaZulu-Natal. It is a World Heritage site and was built in 1933.

On 21 September 1849 David Grey of Cathkin in Scotland left with his wife and four children on the barque Aliwal for Port Natal (Durban). In 1855 he moved to The Nest on the Voortrekker farm bought from Opperman, which stretched well into the Drakensberg. It was he who named Cathkin Peak after Cathkin Braes in his native Glasgow.

During the Langalibalele Rebellion in April 1874 rebels rushed into the house and stabbed their sons, David (29) and Walter (15), before David Grey Senior fired a shot through the verandah post. The rebels bolted and luckily David and Walter recovered. The homestead on The Nest was, however, burnt down that night.

On the 24 January 1900, close to The Nest in the area known as Spioenkop, a major battle erupted during the Anglo-Boer war, known as The Battle of Spioenkop.

In 1933 Leslie Forbes Gray opened a guest house in the farmstead, and in 1943 the present hotel was built by Italian prisoners of war.

In 1963 Theodore Haug took over The Nest Hotel and ran it for 16 years. Thereafter, the Malherbe family operated the establishment for nine years.

The Germann family then took over and ran the hotel for 28 years before selling to Stuart and Shelley Longmore, who are currently the hosts in this scenic, beautiful and historic part of Kwa-Zulu Natal in the heart of the Drakensberg.

The uKhahlamba Drakensberg Park is unique because it has been listed as a World Heritage Site based on its universal values to mankind. What makes it so special is that it has met the World Heritage criteria for both cultural and natural World Heritage properties.

International recognition was given to its unique richness of biological diversity, its endemic and endangered species, its superlative natural beauty as well as the masterpieces of human creative genius in the form of 35 000 San rock art images to be found at the site.

Stefan Polessnig led members on a route from Johannesburg, Standerton, Vrede, Memel, Newcastle, Ladysmith and Winterton, up to The Nest.

Between Vrede and Memel on the R34, Henry Schoeman and Louise Engelbrecht had a shocking accident with their trike. Both suffered moderate to serious injuries and ended up in hospital in Newcastle, more than 300 km from home, with both suffering from broken ribs and Henry with both lungs punctured. It appears as if he swerved to avoid a serious pothole, and as a result, lost control of his trike which then overturned. 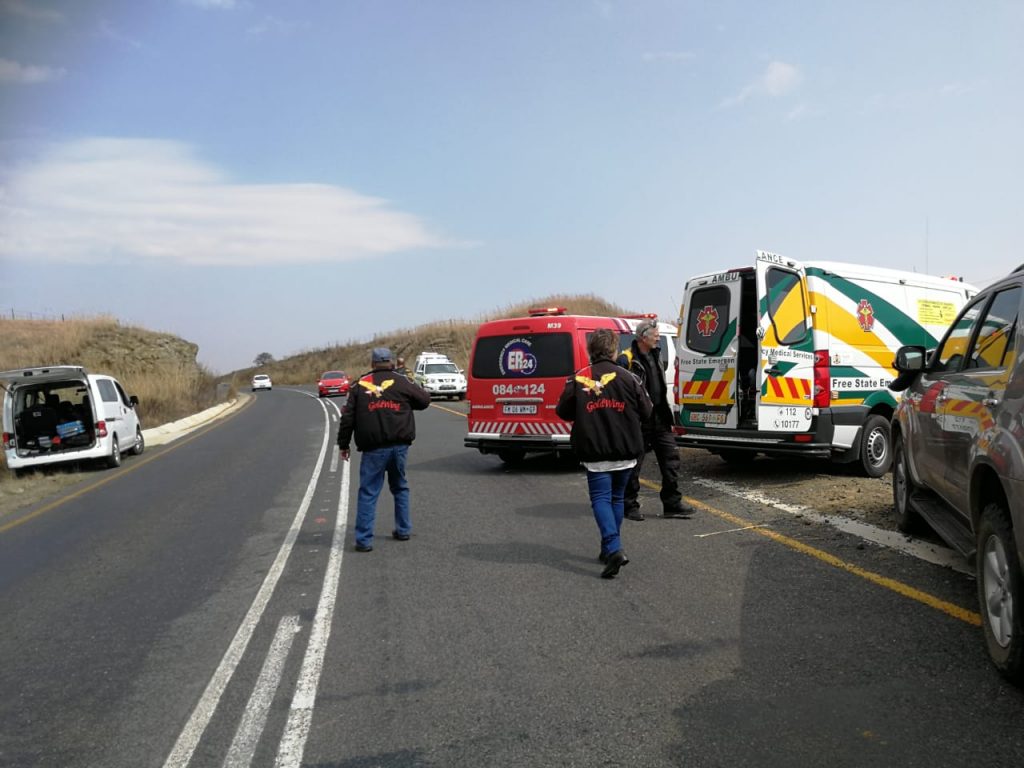 After about four hours, the rest of the members continued to the destination and the last part of the journey, was completed in total, nerve-wrecking darkness. Most members had a quick dinner and fell into bed early, exhausted after a day of much tension and worry.

After breakfast on Sunday, members returned home – the most part of the journey riders and pillions were hammered by a strong wind.

The run was interesting and the scenery beautiful, although everyone was very saddened by the accident. We all wish our dear friends a speedy and complete recovery. 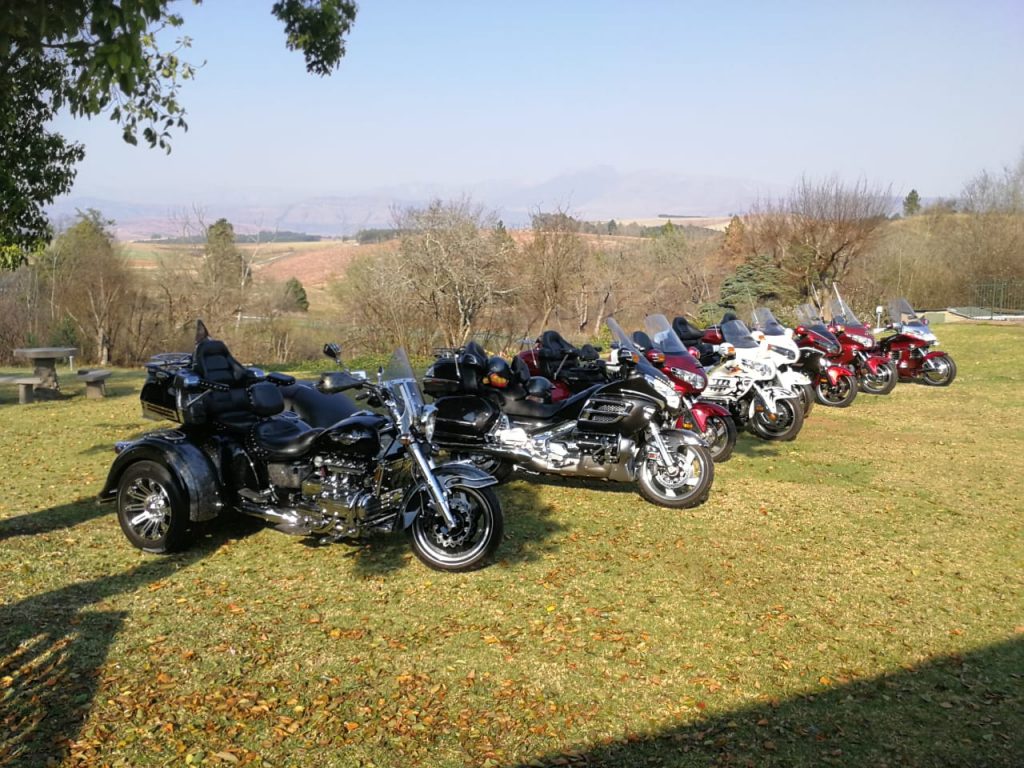 For more photos of the run, please click HERE.