On Sunday, 15 April 2018, Western Cape Chapter of Wing Riders SA had a run, to Caledon as the turn-around destination. Members met at the BP garage in Strand at 09:00.

Three of us had conversations with other bikers who we met at the garage, we looked at each other’s bikes and discussed motorcycling in general. After having waited until 09:15, we decided to leave and head towards Gordon’s Bay. We enjoyed the scenic view of the mountain and sea.

We said goodbye to our newly met friends and three Gold Wings and a car left the garage en route to Gordon’s Bay. The car was driven by Igsaan as his bike had been recalled to do the airbag and since Honda did not complete the job, he was left without a bike.

Our run was to Caledon to see our newly agreed upon accommodation for the Wing Fling.

We went from Strand to Gordon’s Bay, Rooi Els, Kleinmond via Hemel en Aarde, to Caledon Hotel and Spa. In total about 300 km for the day.

Arriving at Caledon Hotel, we found Richard who had left much earlier than us. We walked around the hot water springs and hotel and after much planning and discussions about Wing Fling, we settled to have lunch. Lunch was good and thereafter, Boet left for Worcester and the now 3 bikes and a car left for Strand and Cape Town. The wind had fun with us on Sir Lowry’s pass, but Johan’s trike stopped for nothing. An enjoyable day. 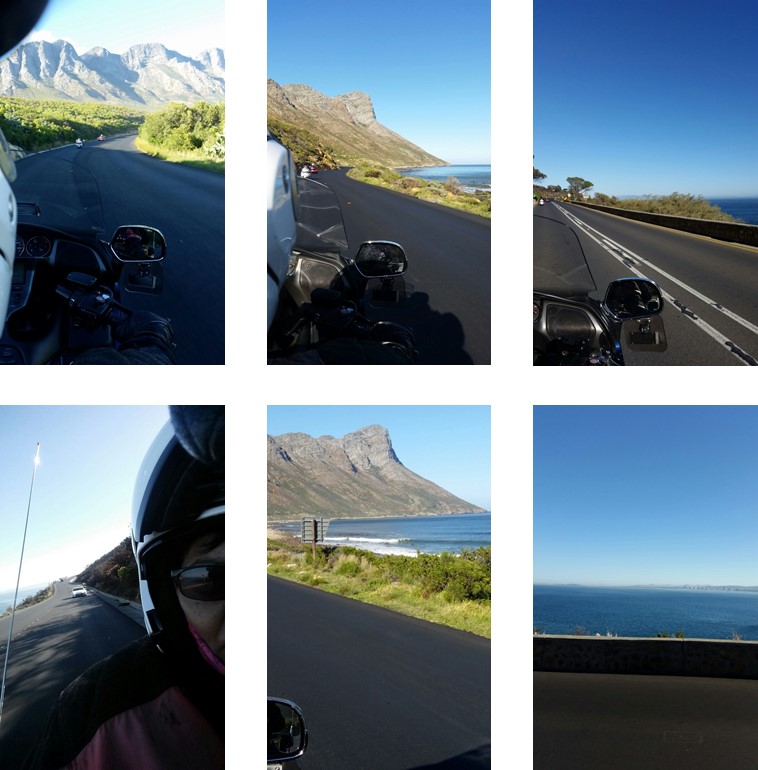 More photos, also of Caledon Hotel and Spa, can be found HERE.